ConcernedApe posted on May 3rd, 2022 in Uncategorized

Hey everyone,
I just want to share some great Stardew Valley arrangements and interpretations made by some really talented people. They deserve your attention and support and if you like Stardew Valley’s music, I think you will enjoy these very much 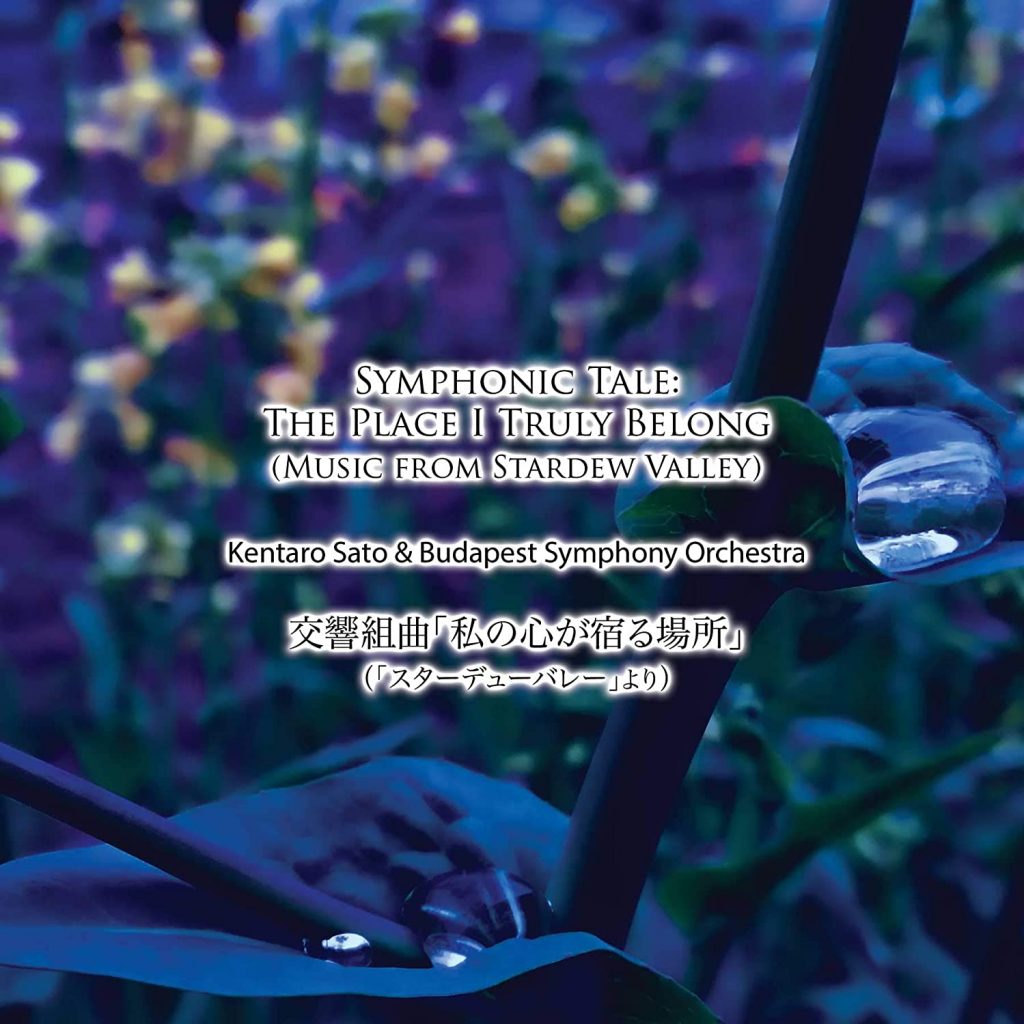 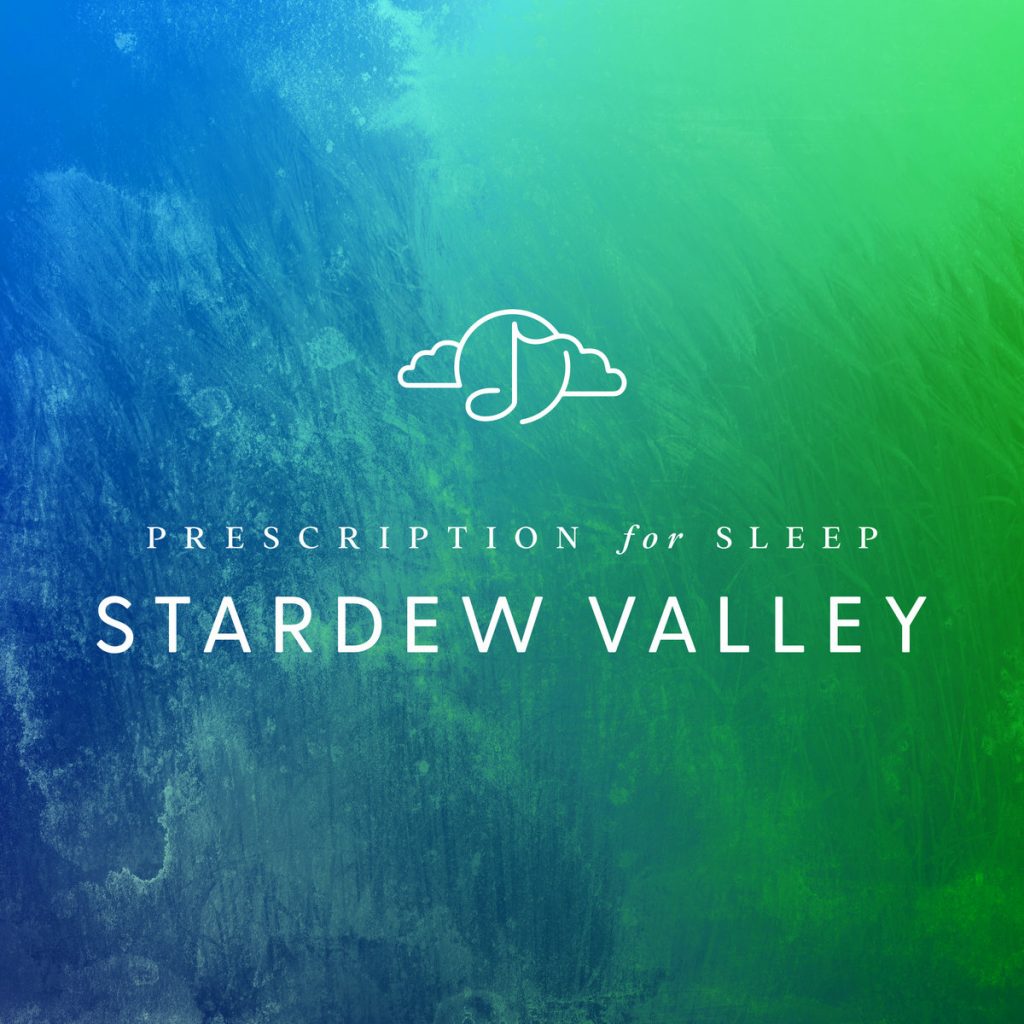 ConcernedApe posted on December 21st, 2021 in Uncategorized
Hey everyone, 1.5.6 is out now.

It’s a small patch that fixes a few bugs, adds a “quality of life” feature for multi-monitor users, and addresses a few gameplay inconsistencies that have been around for a long time (i.e. the hoe dirt under mature forage crops de-spawning, and indoor grass dying in winter)

– On multi-monitor setups, the game now remembers and restores on the last used monitor.
– Potential fix for a random crash that could occur at the end of the night.
– Fixed a bug that prevented the various farm types’ wallpapers and floorings from applying when starting a new game.
– Fixed a bug where pressing ESC to dismiss the level up screen would dismiss the menu without applying the level up, causing it to reappear every night.
– Hoed dirt no longer decays under forage items on the farm. This ensures that dirt under freshly grown seasonal forage seeds can no longer disappear randomly.
– Grass placed indoors no longer dies when seasons change to Winter.
– Fixed being unable to harvest Tea Saplings placed on Garden Pots on Ginger Island.
– Fixed an issue where the Z key would be unbindable after resetting controls to the default.
– Fixed map screenshots not functioning on Linux.
– Updated Steamworks.NET to 20.0.0.

The update will come to Windows store version soon as well.
As always, thanks for playing Stardew Valley!
-Ape
Comments »

Move To Self-Publishing for iOS

I wanted to announce that as of October 24th, I am now officially the publisher for the Stardew Valley app on iOS. This means that I am responsible for it and any questions or comments can be sent directly to me.

You may notice that this change is not reflected in the app store (it still says Chucklefish is the publisher) but this is only because of technical backend issues with Apple’s app store. We are working to resolve that.

Update 1.5 is still in progress. It has reached an important milestone but there’s still work to be done. I appreciate your patience while that is worked on.

I’m hoping a lot more people will be able to play Stardew Valley now. The PC version is compatible with the Steam & GOG versions for multiplayer, so if you have any friends who haven’t played before, this might be a good opportunity to get them to play with you.

I also want to give praise to my teammate Arthur (Mr. Podunkian), who put a ton of time and effort into preparing the game for this Game Pass launch. He basically handled the whole thing, and it’s all gone off without a hitch.

In other news, the 1.5.5 hotfix patch is being worked on and should come out soon, fixing a few issues that were introduced with 1.5.5

If the game isn’t launching for you at all after the 1.5.5 patch (PC), and you’re on an older operating system, please check out this guide.

Stardew Valley 1.5.5 just dropped on PC. It’s a small update, which doesn’t add new content, but has some important technical changes for modders, some quality of life changes, and some bug fixes:

[Architectural changes]
– Migrated the game from XNA (targeting .NET Framework 4.5.2) to MonoGame (targeting .NET 5). This futureproofs the game and allows mods to access more than 4 gigs of RAM.
– Made various internal changes for mod authors.

[Quality of life changes]
– Holding the CTRL key in addition to shift now lets you purchase/craft stacks of 25 items at a time.
– When starting a new save, many settings now default to what they were the last time you played the game. Some settings like zoom level, gamepad mode, and multiplayer server privacy aren’t copied over.
– You can now build or move farm buildings onto artifact spots. This destroys the artifact spots.
– You can now nudge pets out of the way while building/moving a building by clicking on them.
– You can now buy back items accidentally sold in the same shopping session.
– The in-game time is now shown on the upper-right hand corner of the screen when playing Journey of the Prairie King in multiplayer.
– Grass placed using Grass Starter during Winter no longer disappears when the game is reloaded (but it still won’t grow or spread).

[Cosmetic fixes]
– Added commas to the price display on the various building construction menus.
– Adjusted collisions in the Calico Desert to avoid a minor sorting issue on the top-left edge of the raised cliffside.
– Fixed issue where Sebastian’s sprite would shift into an invalid position at 1:00 PM when he’s working on his bike on the farm.

[General fixes]
– After completing the Cryptic Note quest, subsequently reaching the 100th floor of the Skull Cavern will guarantee a loot chest.
– Fixed an issue where hard mode mines could become permanently enabled.
– The Blacksmith profession now affects Radioactive Bars.
– Garden Pots no longer lose any applied fertilizers when they are harvested from.
– Fixed the explosion radius not being centered when dislodging flooring and certain other types of items.
– When placing a Garden Pot on Ginger Island on a rainy day, it will now spawn with its dirt correctly watered.
– Fixed an issue where moving a cabin with a cellar would cause the stairs to the cellar to warp the players out of bounds for the rest of the play session.
– Fixed a case where entering the Farm from the south on horseback and triggering an event could cause the player to get stuck in a wall.
– Fixed various invisible tiles preventing certain spots in the Mountain lake from spawning fish activity bubbles.
– Fixed the tile holding the plant on Elliott’s table not being passable from behind.
– Fixed some tiles on the left side of the beach farm being unbuildable.

If, for any reason, you want to play on the “legacy” 32-bit version, it’s still available on Steam (right click Stardew > properties > betas > select “Compatibility” version).

If you are a modder, please check out PathosChild’s 1.5.5 migration guide, which goes into greater depth on some of the changes in this patch.

A 1.5.6 update is also currently underway. We’re working directly with PathosChild (creator of SMAPI, a very popular Stardew modding tool) to add even more modding support to the game, including some long requested “holy grail” changes which should make some aspects of modding much easier in the future. We’ve given PathosChild source code access to help us accomplish this task.

– Fixed an issue where widescreen and UHD displays would cause the screen to display incorrectly.

– Fixed a crash in the French localization for “It Howls In The Rain.”

– GOG: Fixed an issue where builds were not being optimized for release, causing incompatibilities with mods.

– (64-bit) Potential fix for some gamepad issues on Mac.

I am very happy to announce that the Stardew Valley board game is about to be back in stock. We plan to begin taking orders through the Shopify site on Wednesday (November 3rd) starting at 12 noon PST. 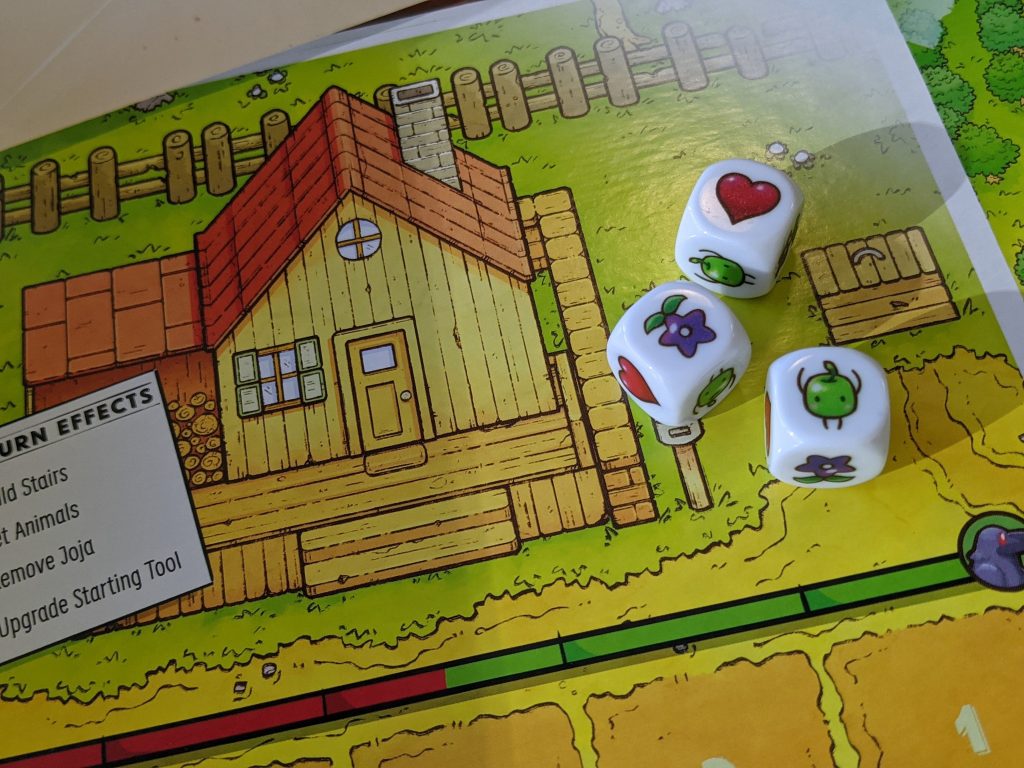 There are a few things to mention:

Shipping in time for Christmas may not be possible. Games are being assembled in Michigan and transported to Florida for fulfillment as we speak. Our fulfillment company Quartermaster has let us know that these orders should arrive to customers before Christmas, but please be aware that the state of shipping (internationally and domestic) is severely impacted right now by world events. There may be delays that happen which are out of our control. We’ll do everything we can to get your copy to you as quickly as possible, but we just want to warn you about this before you buy. We cannot predict how long the game will take to reach you, and it may not arrive before Christmas.

Distribution outside the US. We did some investigation into how to make the game available outside of the US. Unfortunately selling and shipping directly is just too complicated at this time (mainly due to the complexities of sales taxes). However, this time around we are working with some distributors in Canada, Australia, New Zealand, the UK and EU. Copies of Stardew Valley will be available in some local stores in those regions. It’s not possible for us to keep track of which stores specifically, so the best way is to contact your local store and ask if they are carrying copies.

Improvements to the game. We spent time after the original launch to gather feedback and make some improvements. For example, many people felt that the Mines were too difficult. After looking more closely, we figured that a number of the Mine Map cards could result in frustrating results frequently, so these were adjusted. The difficulty is not much affected, but the chance of getting nothing for your efforts is greatly reduced.

Also, we added an additional component tray to make storage easier and to decrease the time it takes to set up and put away the game.

The rules and cards have many small adjustments to clarify questions that came up, but pretty much all the rules stayed the same. The only rule change we added was to make it so the museum grants a Heart as a reward for donating to it, a minor change that is represented in the rules and on the board.

Please note: Due to a supply shortage issue, some “Fishing Bags” will be black instead of blue.

I know you’ve all been waiting a while for the 1.5 update for Stardew Valley on mobile. While it is underway, it may be a while off yet. The main reason for this is that I had to get someone new to port the 1.5 update to mobile versions of the game, which has caused the mobile update to take much longer than it originally would have. Finding someone new to do the port took some time, but it was necessary.

I appreciate your trust and patience, and want to assure you that I’m doing everything within my power to get the 1.5 update out to you all as soon as possible.

As many of you know, for the past couple of weeks there has been an issue with multiplayer on Mac. The issue was not a bug in Stardew Valley’s code (there hasn’t been a Stardew Valley update since early this year, so nothing could have changed), but instead was an “authentication” issue having to do with the PC platforms (Steam & GOG). This happened because of a strange and very specific issue with a recent software update on one of those platforms. Fortunately, we were in communication with them right away, and with their help, we’ve discovered a way to resolve the issue. If you notice an update on Steam, that’s what it is. Sorry for any inconvenience this has caused.

As always, thanks for playing Stardew Valley.
-Ape

ConcernedApe posted on May 7th, 2021 in Uncategorized

It has come to my attention that streamers on Twitch and Youtube and elsewhere are uncertain about what content they are allowed to monetize when it comes to streaming Stardew Valley.

I want Stardew Valley to bring people together. I don’t want anyone to be anxious about playing and sharing footage of the game. Use your best judgement and have fun.

Thanks a bunch for playing and supporting Stardew Valley.

You may have noticed a new update for Stardew Valley. It’s very a small update that fixes some bugs (1.5.4.2):

– Fixed crash in journal for some quests.

– Fixed a multiplayer crash during disconnection.

This patch will also come to other consoles soon. Thanks for playing Stardew Valley